Featuring: "The Living Legend" Bernie Slaven and Gary Pallister at the 2011 Dorman Museum exhibition "Back From The Brink - Memories of '86".

Not actually painting sketches for the big cavas painting at the top of this page. These pieces were made to be separate works in their own right and survive independently. They are slightly smaller than A3 size and work along the same principal as Physical Fact. Psychic Effect - drenched in a saturating colour vision. The strength of the complementary colour contrast dominates the visual senses and overpowers the immediate implied idea that this is a football ground scene. The old fashioned spectator terraces and football ground stands reveal it is such a represented scene, though its pictorial power is that of a visual noise. It alludes to the emotion felt in a football match rather than a photographic kind of visual depiction of one. 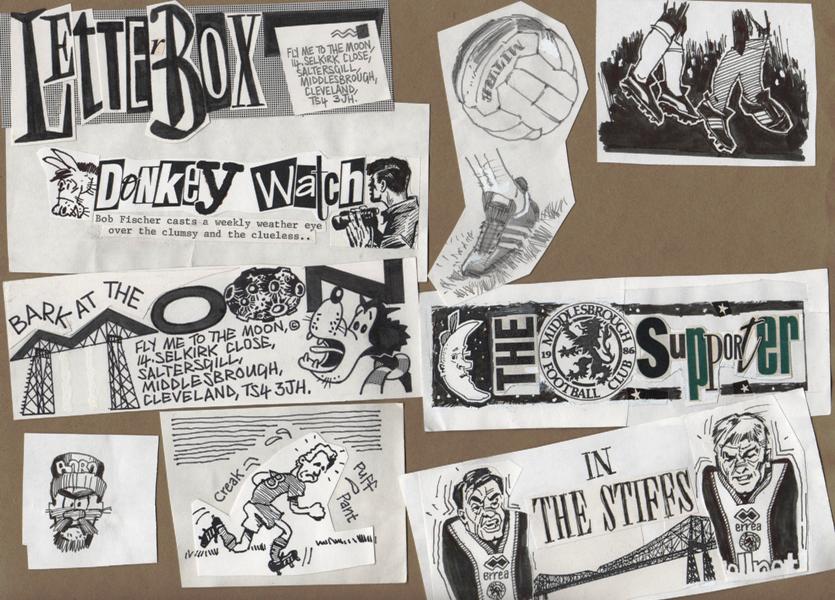 A small collection of the original artwork graphics used for Fly Me To The Moon at the beginning of the 1990s. 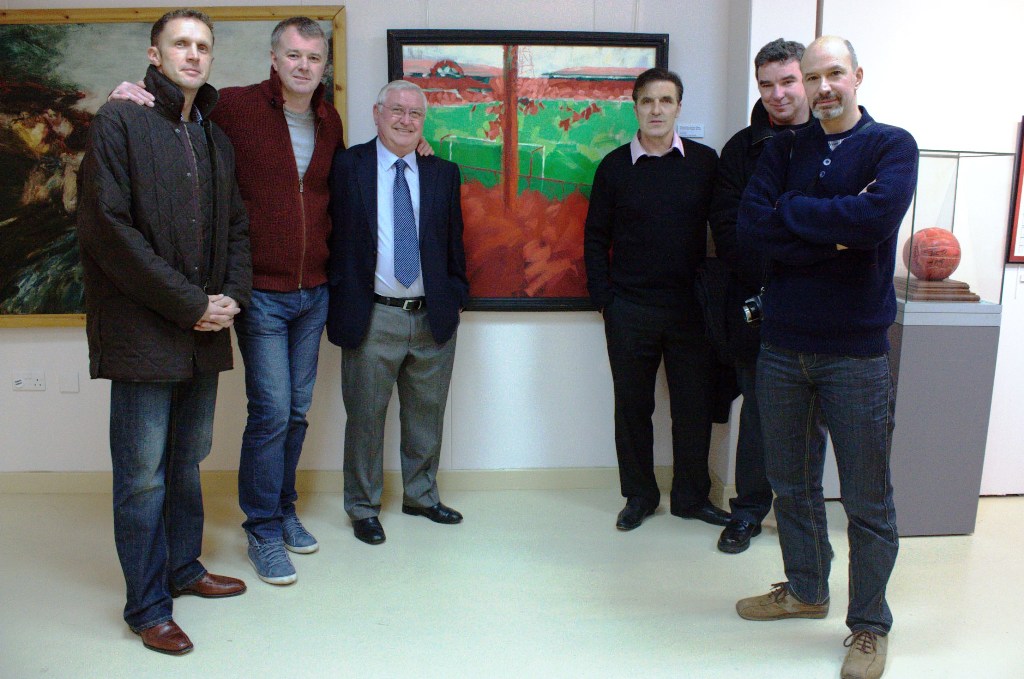