Not strictly Big Parochial, these two powerful paintings, above, like a handful only of other works at the time, carried with them into the '90s my earlier gestural, high-key colour approach to painting. They were amongst the very first true landscape projects I was involving myself with, not knowing where it was leading as a painting experiment. Tackling the discipline of landscape - that very traditional genre of painting - I was broadening my capability as an artist/painter. It was tough! It did not come easy and it really taxed my brain as I came to grips with different ways of composing pictures and having to think about various notions of space, depth, narrative content, traditional painting, etc. However, these early landscape pieces edged me towards actually "doing" the first Big Parochial ground-breakers, rather than just retaining the idea for them in my head (early sketches of some of the ideas do survive from the early and middle 1980s, but hardly any of the ideas were put to paint).

My documented records show the first Big Parochial painting was "To Marton Sixth Form College", 1982 - a Hockneyesque, or Hockney inspired painting of my route from Acklam, over Devil's Bridge and up through Lover's Lane, towards Saltersgill Estate as a teenager as I made my way to college. The first crucial idea dates from the late 1960s or early '70s as a child or youth...and that was the famous, "Impression, sunrise over the Tees". But, to take us back to the top of this statement, and to complicate things slightly, the painting concept didn't really begin as a concentrated art "ism", or painting category, until 1995. 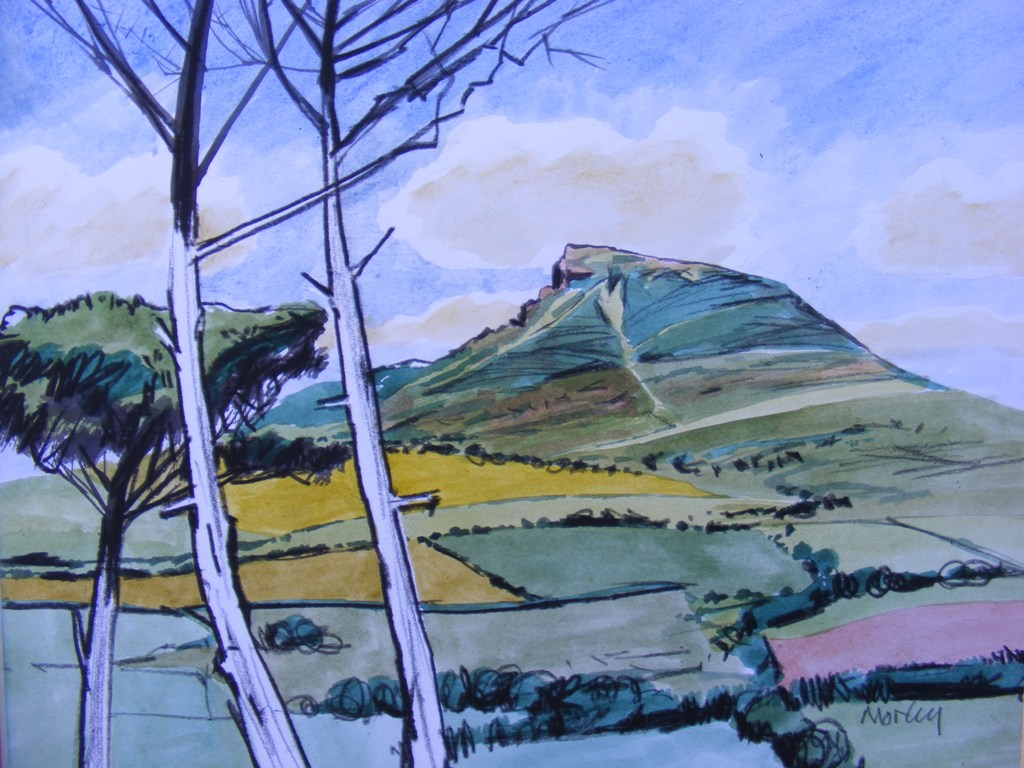 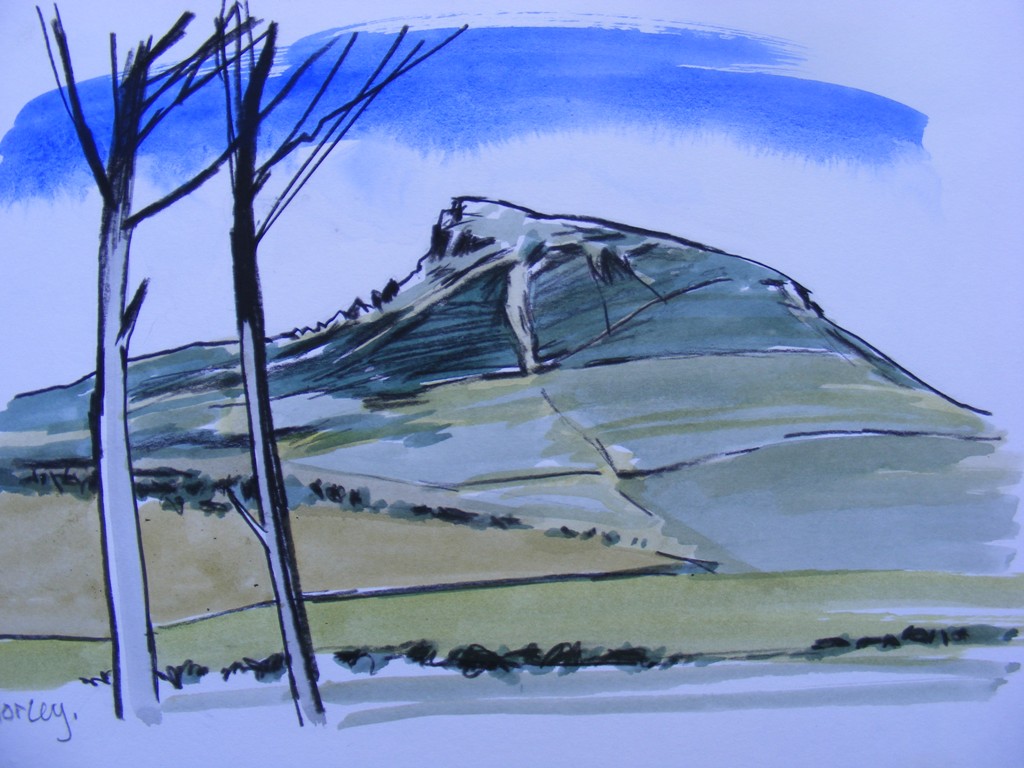 My re-visit to that iconic hill after I'd first painted it as a child aged about 10. This painting was done at a time I was studying Turner and Constable mainly, alongside many other masters when I was 17 years old. I was touching base with traditional landscape painting whilst exploring all sorts of other painting and drawing styles, techniques and genres.

Created for a central Middlesbrough art gallery exhibition, this large oil painting can be a little confusing at first... it looks unfinished and there is two distinct parts to the picture. I had intended to take the picture onto further levels of painting, but did like the "drawing with a brush" aspect to the lower half and decided it revealed to viewers how sometimes a painting is constructed. If I left it as it is, I thought, it would make viewers look properly at brush mark making and the hand that draws/paints. It also provides a not often seen preparatory stage in the development of an artwork. The top section takes on the issue of the inevitable way Cezanne could have treated the depiction of Roseberry Topping. Cezanne is my lead artist out of a pantheon of masters whom I factor into my work and exploration of painting in particular. If Cezanne had been a Teessider he certainly would've painted old Rosie. An accidental twist to the concept as a whole - the adding of myself as a contempory practitioner complete with the straw hat I often wear when out in the fields painting - is the painting's nickname, "The Cowboy Painting." I guess Trampas doesn't die away. 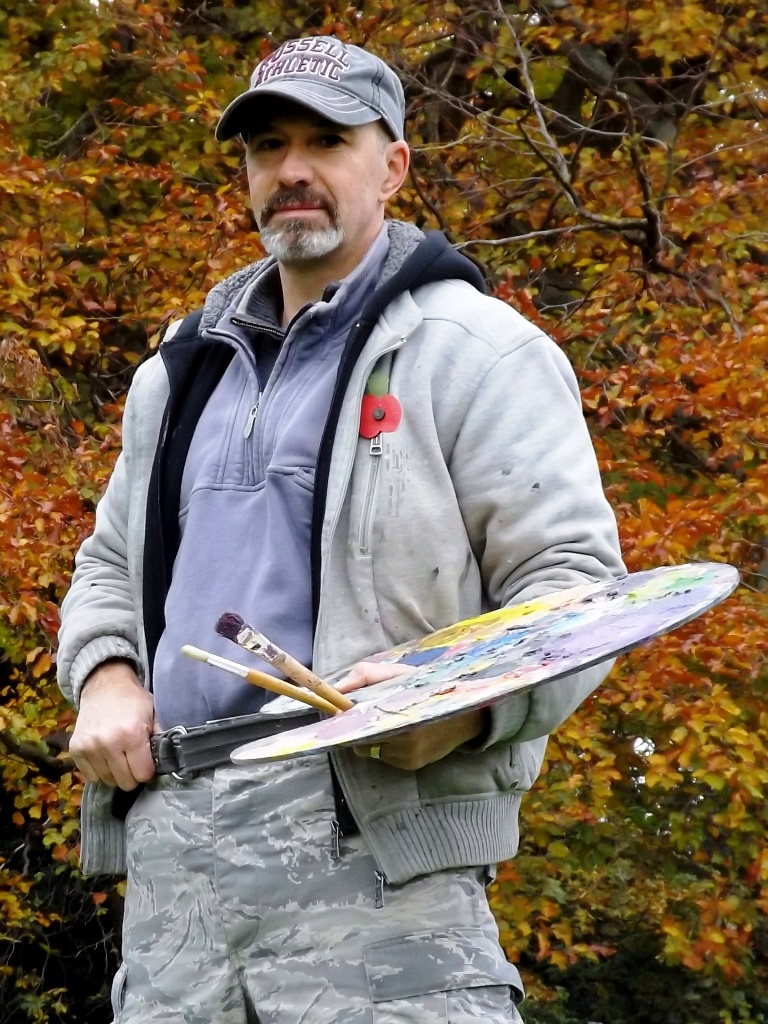 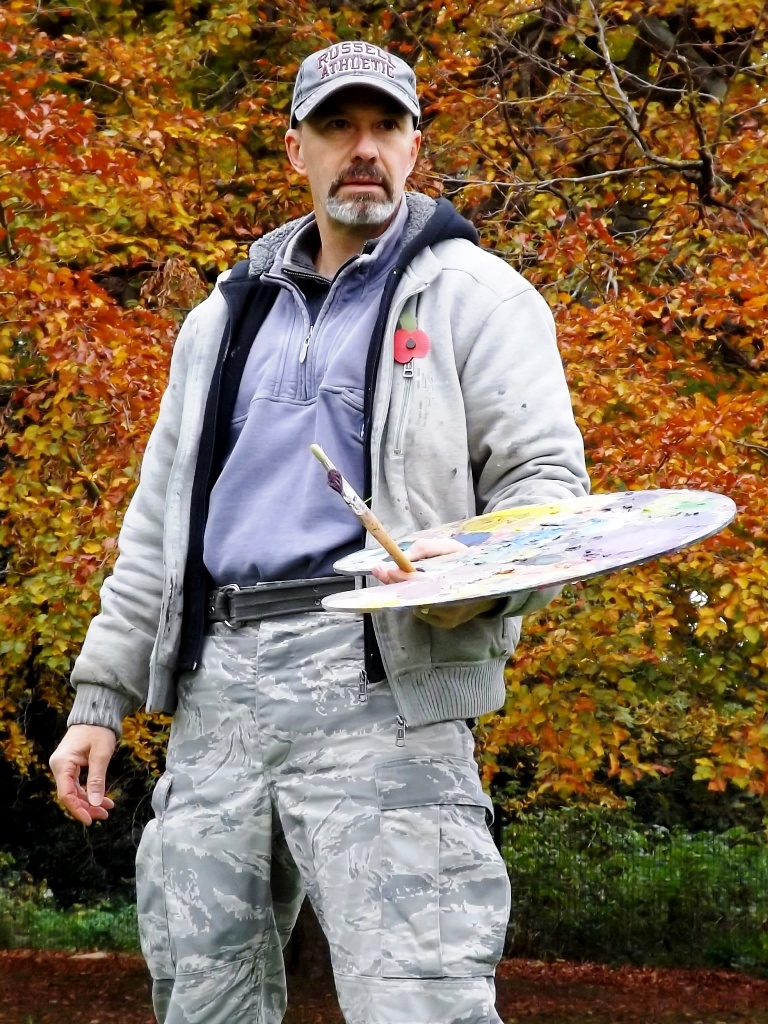