"Odinburgh" as a title is my own (it derives from the Anglo-Saxon name for this North Yorkshire hill) and treating the landscape subject in an aggressive paint way is my own (see Artworks 14); however, Big Parochial these two paintings are still, as pictures on this page - Roseberry is brought into the stock of "modern art" by virtue of its treatment as a semi-abstracted work. Roseberry as a motif is used in the making of a representation distanced, somewhat, from recognizable physical reality. I did not reference any modern or contemporary painter to do this; I didn't need to. I know how Roseberry can appear; I know how to achieve things in art terms - other artists will do also - they'll have their own motivations and thoughts on attainment. Returning to the artwork title of "Odinburgh", it is interesting to note in recent years one of our local councils has adopted this name. They have organized the open air autumn/winter light show even "Odin's Glow" on occasions. 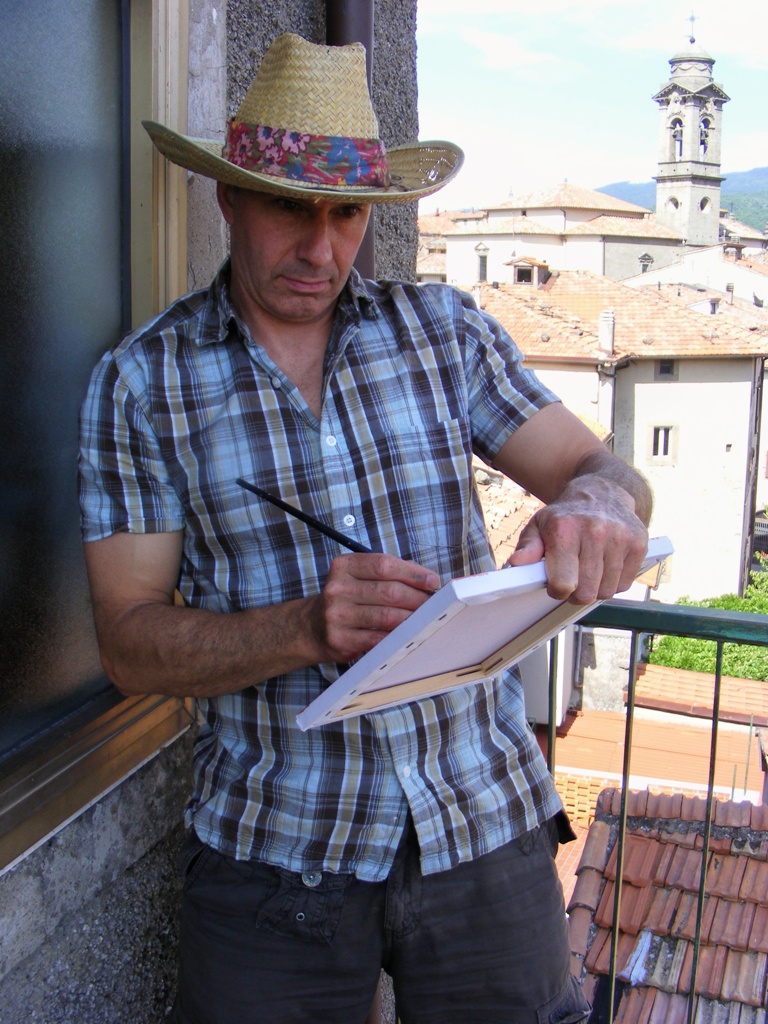