Three "postures", or "situations" for Roseberry Topping, every bit as relevant, or pertinent to the inventive offshoot of landscape painting in my work, which is Big Parochial. The approach on this page reveals a "fantasy" characteristic which allows part of the concept of the painting offshoot to slide into the illustration end of visual art, particularly with the first two images. I don't think of myself as a fan of fantasy, but I do recogonize it is a huge industry on many different levels and is massively popular. However, I have to concede, the wrestle I had with the whole notion of this "breakaway from normal local artist landscape painting", did allow a fantasy aspect to win out very early in the formation of the undertaking of Big Parochial. The only books I read, interestingly, are all fact based; my time is never given to fiction, but obviously, the creative release of painting does expose a fictitious leaning I have.

These paintings were not exhibited before their sales, and neither were they reproduced in print form for the public to see; until now. This site reveals them for the first time - they were bought very soon after being painted and would have vanished from sight had they not been photographed. Each have been recently "captured" digitally and are in-line to be launched as greetings cards.

NB Artworks with dates such as, 1996-98, or as in the case above, 1995-2012, indicate the piece of work was created in the earlier date but remained unresolved until the later finishing date. Sometimes a piece of work can be shelved for many years before I return with fresh eyes and a fresh mind to complete it. Other times, a piece of work can go through a slow evolution, having things added and subtracted from it over the course of several months and a few years; in which case it could appear to be dated 2002-06, for instance.

The story behind this composition is, I was known by the students at Maidstone College of Art in the early 1980s as, Trampus (or Trampas) the Northern Cowboy. John Bartlett coined the nickname because I was scruffier than my southern counterparts, I was poorer, I drank and pretended to brawl a lot... and it just seemed to be right for me. At times during my life at Maidstone I lost my student accommodation and would be taken in by student friends for periods. I would work for them if they would let me off paying rent, or if they fed me. It sounds dreadful, but I was always a happy soul and always at the heart of the Fine Art student parties along with Johnny B. Johnny's landlady was very fond of me and accommodated me briefly before finding me a bed at an old Kent paper mill worker's house. (He told me stories of World War Two dogfights in the skys above the town and showed me huge bullet hole damage in the side of his house). The Madness song, "Bed and Breakfast Man" from their 1979 album, "One Step Beyond" was a sort of theme tune for me.

As John and I corresponded over the 1980s after Maidstone, he began referring to the northern part of England, from where my letters and photographs of new paintings came from, as the Northern Territories. An Australian term for their own northern lands, but it fitted well for our concept of a "rough, tough" far away place from London. I was out in the cold, thousands of miles away, it seemed, from the contemporary scene; he grafted away in it as a London artist, whilst I grafted away, away from it. 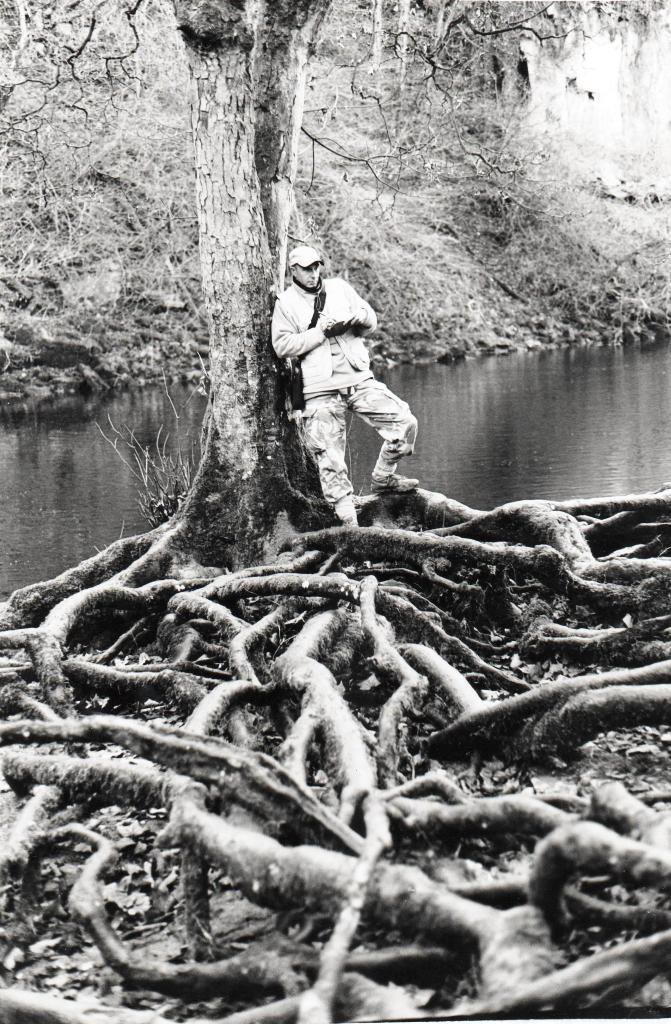